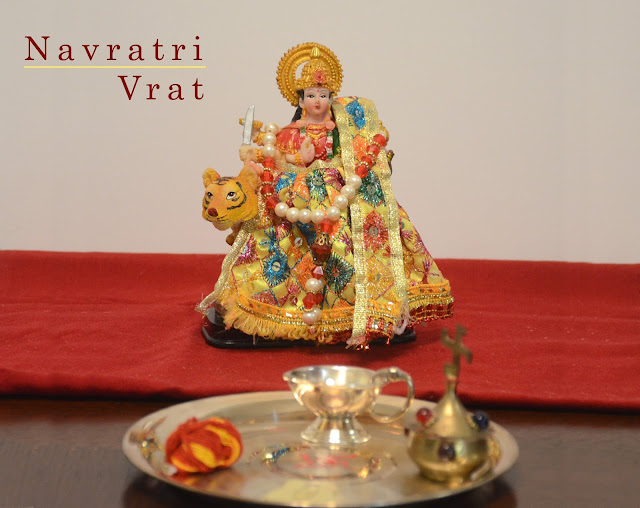 Navratri comes four times in a year Out of these, two are mainly celebrated.


Vasant Navratri is celebrated in the month of (March-April), Second and most celebrated navratri is post monsoon Sharad Navratri it comes in the months (September-October). In Many states of India people celebrate in different ways. People keep fast and do Jagran, Enjoy Garba. All the nine days nine Avatar of goddess "Durga" is worshiped. Shailputri, Bharmacharini, Chandraghanta, Kushmanda, Skandamata,  Kaatyayni, Kaalratri, Maha Gauri, Sidhimatri.

Food To Eat During Fasting

Fruits: All fruits are eaten during fasting.

Milk Products: All milk products like milk, Paneer (cottage cheese), Dahi anything made with Paneer at home.

Desserts/Sweets: Anything that is made at home wihout using grains other than above mentioned. Sugar and Gur (jaggery), Shahad (honey) can be used.

Food To avoid During Fasting

Kanjak Pooja/Kanya Pooja
*Try not to clean the house after Kanjak pooja, even if the house is dirty.

Disclaimer: I tried to share all, as best of my knowledge and watching family traditions. There may be different opinions based on region and family customs.

Navratri Recipes
Shaweta Batra
Hello I am Shaweta Batra. I live in United States with my loving Husband and my Two & half year old son. i love to cook for both of them. I am totally obsessed with cooking. i grew up watching my mother cooking and learned many traditional indian recipes from her. i didn't know that i have this passion for cooking until i got Married and came here in United States, Where i have my very own kitchen, and yes a husband and a kid to experiment on. My husband, he always encourage me whatever i do. yes i love trying new Recipes. Whenever we go in some Restaurant and order food i look for ingredients what they added in there and then unleash my inner cook in my kitchen. So my blog is all about everyday healthy vegetarian recipes directly from kitchen. 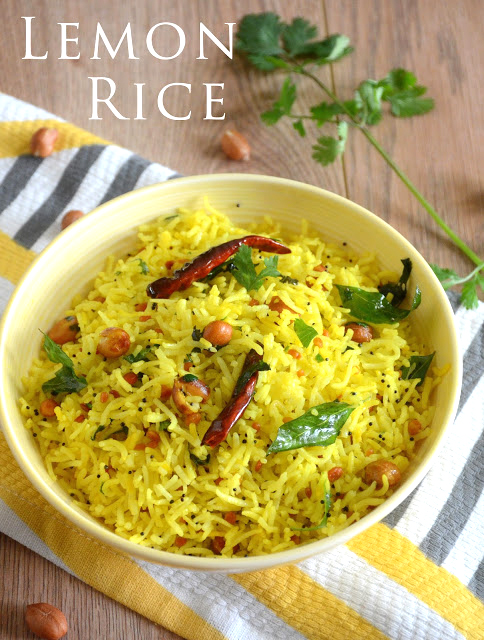 Lemon Rice is another variation of rice dish which has very refreshing, tangy and spicy favor. One of the most common rice recipe from south India.. This recipe is very easy and quick to make. It can be made with leftover rice..The texture of rice should be grainy when boiling. Try not to over cook rice for this recipe.  Personally i like to eat it as is it tastes so good, but if you like it can be accompanied with yogurt, chutney or anything you like. As this is so easy to make can be a perfect lunch box recipe for work or office. Lemon Rice  Ingredients  Rice - 1/2 cup Water To Boil Rice - 1 cup water Oil - 1 tbsp Salt To Taste Red Chili Whole - 2 no. Turmeric Powder - 1/2 tsp Curry Leaves - 6 to 7 Coriander Leaves for garnishing Urad Dal (Black split lentils without cover) - 1/2 tbsp Chana Dal (Bengal Gram) - 1/2 tbsp Peanuts - 12 to 15 Mustard Seeds - 1 tsp Lemon Juice - 1 tbsp Ginger Chopped - 1/2 tbsp  Directions  Fir 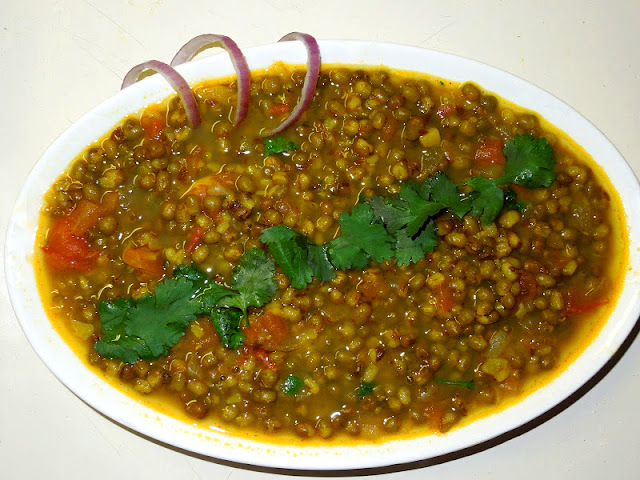 Green Gram(Moong Dal)   This delicious Moong dal is cooked with onion,tomato and Indian spices. This dal is delicious as well as nutritious and protein rich.. This is so easy and quick to cook in pressure cooker. This recipe i am sharing with you is my Mom's recipe. Back in india i grew up eating this dal almost 1-2 times a week with rice and roti. Whenever i cook this dal it just reminds me of my mom who lives in India. How to Prepare This dal recipe is so easy there is not much to do, Just soak dal for sometime, then boil and prepare tempering. If using pressure cooker no need to soak overnight One hour is good enough. But if not using pressure cooker then soak overnight. You can always make this dal in instantpot, for instant pot no need to do tempering seperately. Just throw everything in and Ta Da.. Recipe Video:  Whole Green Moong Lentil ( Moong Dal) Recipe    Ingredients Whole Green Moong dal - 1 cup Water - 3 cups Tomato - 1 chopped Onion - 1 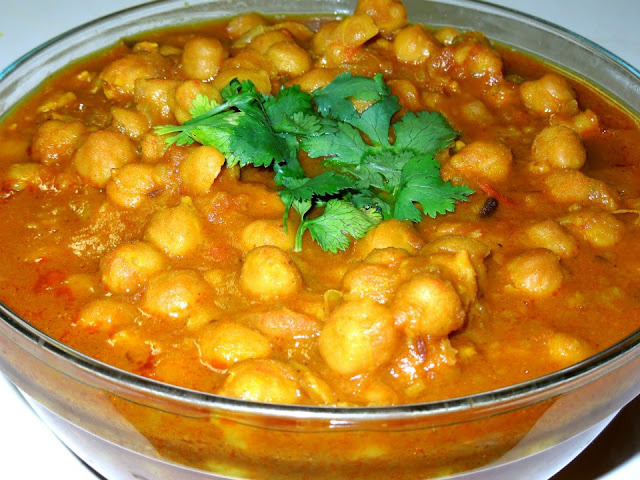 Garbanzo Beans | Cholle Recipe | Chickpeas Curry Today i am sharing Chana masala recipe punjabi style. Chana Masala is the heart of all punjabi vegetarian recipes, whatever function or festival is celebrated this is one of the main curry to be prepared.. that goes well with all the indian breads. In this recipe a few of spices are used like chana masala powder and kashmiri mirch. Chana Masala powder is another version of All spice powder (Garam Masala) that already have all the spices along with dry mango powder which gives slight sour taste to this dish. If using all spice powder(garam masala) then you need to add dry mango powder. I have also used Kashmiri Mirch. This is Indian red pepper, which is mildly hot gives color to the dish. Serve Chana Masala hot with roti, poori, paratha, naan or rice accompanied with lemon and onion. How To Prepare Soaking chole/chana is the first thing to prepare this curry. soaking reduce the cooking time and remove any heat which creates tro